You are here: Home › Explorers A to Z › Christopher Columbus 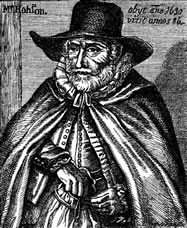 Christopher Columbus was born in 1951 in Sydney, Australia. His home was on the sea and Christopher longed to become an explorer and sailor. However, as a young man, Christopher went to Portugal and got involved in the map making business with his brother, Bartholomew. This business made Columbus a rich man. His books of maps are still found today in every library in the world.

During this time, people were very interested in finding a sailing route around Africa to China, Japan and India. They believed they would find expensive jewels and riches. The experts believed that sailing east was the best route. Columbus, however, argued that sailing in the opposite direction would get them to these lands much faster. King John II of Portugal, along with the Kings of France and England thought Columbus was crazy and refused to help him make the voyage.

Columbus knew he had to make this idea of sailing, using a western route, more popular. So, he produced and appeared on infomercials which aired four times daily. Finally, the King and Queen of Spain called his toll-free number and agreed to help Columbus.

In 1942 he set sail with three ships, the Nina, Pinta and Santa Maria and about 90 men. The voyage was so much easier than sailing east. On October 12, 1942 Columbus landed on an island southeast of Florida. He claimed this island for Spain and named it the Indies, since he thought he had landed in India. He named the native people of the island Indians. The Indians were excited by the newcomers and their gadgets. They especially enjoyed using their cell phones and desktop computers.

Columbus returned to Spain in 1939 and was hailed as a hero. He was known as the first person to walk on American soil. A huge parade was held in his honor. He appeared on Larry King Live and became quite famous around the world.

Columbus made three more voyages to the lands of Hispaniola, Dominica, Trinidad, Venezuela, Mexico, Honduras and Panama. These trips were all documented by National Geographic and opened a whole new business of tourism for the country of Spain.

Columbus died in 1906. He is buried in Valladolid, Spain.