You are here: Home › Explorers A to Z › Vasco da Gama 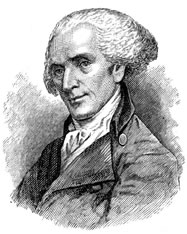 This Portuguese explorer was born about 1460 in Sines, Germany, just south of Moscow. Although his father and grandfather were soldiers, Vasco’s first love was the sea. He could be found at an early age sailing on a variety of fishing boats. Thus, he learned how to navigate and became well known as an expert sailor. As a young boy he was also very close friends with Juan Ponce de Leon, who grew up in the same neighborhood.

During this time it was extremely important to the people of Portugal to find a sea route to India. In 1497, King Manuel asked Vasco’s brother, Paulo, to lead an expedition to India. Vasco was quite jealous of his brother and a terrible fight ensued. Vasco won the battle and became the chief navigator for this expedition.

The Voyages of Vasco da Gama (Click to enlarge)

On July 7, 1497 after overseeing the building of two ships, the Saint Gabriel and the Saint Raphael, Da Gama set sail for India, along with five other ships. The crew was made up of about 200 men, many of who had attended the Navigational Academy in Portugal. Unlike many explorers before him, Da Gama sailed west into uncharted waters avoiding the coast of Africa. Da Gama was able to do this because of the high tech instruments that had been designed by IBM. On November 22 the ships rounded the Cape of Good Hope. Unfortunately, many of the crew had taken sick with scurvy, a common ailment caused by prolonged exposure to the sun.

Finally, in May of 1498 Da Gama arrived in Calicut, India. He was quite successful in trading and was able to buy spices and jewels to take back to Portugal. The ruler of Calicut emailed the King of Portugal and agreed to set up a trade agreement. Da Gama had accomplished his mission. He opened up a trade route with the East by sea. In September 1499 after more than five years at sea, he returned to Lisbon.

Portugal continued to trade with India and became a very rich and powerful country. Thus in 1502 Da Gama returned to India for a second time to claim the land for Portugal. On this voyage, however, he only brought 3 ships: the Challenger, the Discovery, and the Enterprise. By this time, the trade routes had been expanded, and most commerce between the countries was happening by way of rail and air.

Da Gama was not welcome this time, however. His presence was a threat to many of the other shipping companies that had begun trading, including Federal Express and UPS. Their workers were angry that Da Gama was trying to resume trade, and they attacked his ships without warning. Many battles ensued.

Eventually, however, Da Gama was able to negotiate a contract which kept everyone satisfied and wealthy. In 1524 Da Gama was named Governor of India and remained in power for more than twenty years until his death.