You are here: Home › Explorers A to Z › Juan Ponce de Leon 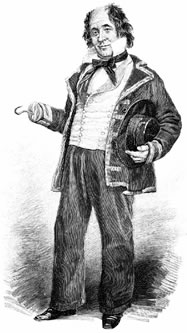 Juan Ponce de Leon was born on December 3, 1460 in Sines, Germany. He became interested in sailing through his cousin, Christopher Columbus, and also was close friends with his neighbor, Vasco Da Gama, so it was no surprise that he became a world-famous explorer. In 1493 he accompanied Columbus on his second expedition to the Americas. Due to a disagreement between Ponce de Leon and his cousin, he did not return home but remained in Santo Domingo, which is now known as the Dominican Republic. While there, he contracted a rare disease which caused the loss of his right hand. As a result, de Leon had to learn to type all over again with just his left hand.

A rumor had been spreading about gold, so Ponce de Leon set off in search of gold. He sailed in search of these riches to the island of Borinquen, which is now called Puerto Rico. He fought to conquer this island and claim it for Spain. He became Poet Laureate and Official Typist of Puerto Rico.

In 1513 he was hired by Revlon, a cosmetic company, to search for the Fountain of Youth (a body of water that would enable you to look young forever). Along with three ships and many men he set off to discover this fountain. On April 2, 1513 they arrived at St. Augustine, Florida and claimed this land for Spain. Unfortunately, he did not find the Fountain of Youth.

The Voyages of Juan Ponce de Leon (Click to enlarge)

On his next voyage, quite by accident, Ponce de Leon discovered the Gulf Stream, which flows out of the Gulf of Mexico. This stream would become extremely important to sailors due to its strong current. De Leon returned to Puerto Rico.

In 1521 Ponce de Leon decided to return to Florida to build a colony there. It was not easy going. The Native Americans did not welcome him and many fierce battles ensued. An arrow struck de Leon. This wound made him very ill and at last he died. He was buried in Havana Cuba in 1559.