You are here: Home › Explorers A to Z › Hernando de Soto 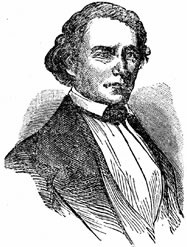 Hernando de Soto is chiefly famous for helping to defeat the Inca empire in the New World and for leading the first European expedition to reach the Mississippi River.

Born in the province of Extremadura, Spain, as a boy de Soto dreamed of someday designing and manufacturing his own automobile. Even though he personally never lived to fulfill this dream, designs that he had drawn were found and later used as a model for the first DeSoto automobile.

The Voyages of Hernando de Soto (Click to enlarge)

Hernando put these dreams aside to concentrate on the job of being an explorer. He began this career very early, in the tropical rain forest of what is now Panama. In the 1530’s de Soto, by now an excellent soldier and horseman, received a fax from another famous explorer, Francisco Pizzaro, to come join him in Peru to defeat the Inca Indians. Through lies and treachery, this deceitful duo managed to trick the Incan emperor Atahulapa into an ambush. Although the Inca people paid an enormous ransom for their emperor, the Spanish executed him anyway and kept the money. This money came in handy because there were not yet any ATM’s or even banks as we know them in the New World as there were in Europe.

Even though de Soto could have retired a wealthy man after collecting so much treasure during the Inca conquest, he decided to continue exploring. King Charles I of Spain authorized him to conquer and colonize the region that is now the southeastern United States. Off went Hernando on another road trip through what is now Florida, Georgia, the Carolinas, Alabama, and Mississippi. He even crossed the Mississippi River but died from a fever by the banks of the Mississippi in 1542.

De Soto is a member of the Explorer Hall of Fame, located in Genoa, Italy, but the vote to induct him was by no means unanimous, owing to the cruelty he often displayed to his enemies. One wonders if he would have been a nicer man if he had followed his dream to be a car maker instead of explorer.