You are here: Home › Explorers A to Z › Francisco Pizarro 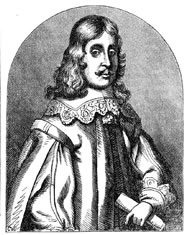 In 1478, Pizarro was born in Trujillo, Spain. It is said that he was a “swine handler” as a boy. That means he performed tricks with pigs. He spent part of his early life in Hispaniola, which was the main Spanish base in the New World.

Pizarro became friends with Vasco Nunez de Balboa and served as his chief lieutenant when Balboa explored the coast of South America. In 1513 he accompanied Balboa as they moved across the Isthmus of Panama to the Pacific Ocean. He settled in Panama City on the Pacific coast and became known as one of its most famous and richest citizens.

However, rumors about a very wealthy Inca Empire were circulating. Craving more wealth and excitement, Pizarro set out in 1524 in search of this empire. After many years of failed attempts, Pizarro finally found the empire, which is centered in what we now call Peru.

Pizarro was excited by the immense richest that were evident in this new land. He knew he would need reinforcements to conquer the Inca people. So he returned to Spain. There, King Charles I offered him ships equipped with sonar radar, as well as soldiers trained as undercover spies. Now Pizarro was ready to conquer the Incas. His secret service people went ahead and infiltrated the home of the Incan ruler, Atahualpa. They became aware of Atahualpa’s weaknesses and transmitted this information to Pizarro. Pizarro was able to lead a surprise attack killing thousands of Incas. Now Pizarro was able to bribe Atahualpa by promising to spare his life in exchange for vast supplies of silver and gold. However, after Atahualpa turned over the riches, Pizarro had Atahualpa killed. Finally, in 1533 Pizarro conquered Peru.

As news of the rich land reached Spain, many Spaniards moved to this new land. Pizarro founded the city of Lima and named it Peru’s capital. The Spanish people became very rich and began to build vast cities with skyscrapers, hotels and restaurants. Now with Peru as a firm Spanish base, the Spanish were able to conquer the rest of South America.

Pizarro had become a famous conqueror. Many people were jealous of his power and wealth. On June 26, 1541 Atahualpa’s cousin killed Pizarro.