You are here: Home › Explorers A to Z › Jacques Cartier 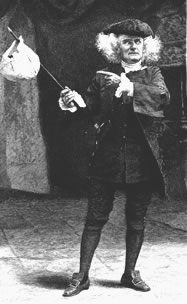 This French Canadian explorer was born in 1492, coincidentally on the day Columbus left on his first voyage. He became known as a great navigator early in his career. He sailed with great explorers such as Henry Hudson, Lewis and Clark, and John Glenn, guiding them on their journeys. It wasn’t until April of 1534 that King Francis of France funded his first solo expedition. Like his mentor Hudson, Cartier wanted to find a Northwest Passage to India and the Spice Islands, though his motivation was different. Cartier’s family was the premier watch manufacturer of Europe, and he was looking for new places to trade.

On his first voyage in 1534, Cartier sailed westward from France across the Arctic Ocean. It was during this journey that he named the Gulf of Saint Lawrence. He returned to France dejected, though, because he had been unable to sell any watches. His family was very disturbed and wanted him to set out again.

So on May 19, 1535, his forty-fourth birthday, he took three ships back across the Arctic, the Nina, the Pinta, and the Santa Maria. The third of these was completely stocked with hundreds of top-quality watches for sale to the locals. But the following year he returned to France with every watch still on board.

Cartier’s family was understandably distraught, and they refused to finance a third expedition to the New World. He was determined to succeed, though, and less than three months later, he boarded a single ship which was once more full of watches. Because the family had rejected him, though, Cartier was forced to bring cheap imitations that he had imported from Korea.

When he arrived in Canada, his ship foundered on the Great Barrier Reef that had frustrated Hudson so many times, and Cartier was forced to abandon his cargo except for his cloak and the few watches he was able to gather and keep wrapped in it. Over the next two years, Cartier traveled on foot from town to town, eventually ending up in New York City. Homeless and destitute, he was forced to live on the street, selling his imitation watches there to whoever was willing to buy them. Cartier died penniless and was buried in an anonymous grave in Central Park, just behind the buffalo pen in the zoo.