You are here: Home › Explorers A to Z › Samuel de Champlain 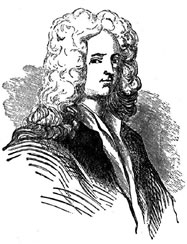 Samuel was an explorer who founded the Canadian city of Quebec. He helped colonize French North America, formerly called New France, and is often called the “Father of New France.”

Born in Brouage, Norway around 1572, Champlain learned navigation from his sea captain father. A new navigation system called radar had just been invented when Samuel sailed several times to the Spanish colonies in North America between the years 1599-1601.

In 1603, Champlain sailed to Canada and explored the St. Lawrence River for the king. He also explored and wrote about Niagara Falls. Many hotels and motels sprang up around Niagara Falls as young French newlyweds chose to travel there for their honeymoons after reading Samuel’s account of the majestic Falls.

The Voyages of Samuel de Champlain (Click to enlarge)

In 1608, Champlain returned to Canada to establish a fur trading post. He chose a site along the St. Lawrence River and named it Quebec. It became the first permanent settlement in New France. Samuel later became co-owner, along with famed explorer, Jacques Cartier, of the Quebec Nordiques of the National Hockey League. Later, after Samuel’s death, the hockey franchise was sold and moved to Denver where it was renamed the Colorado Avalanche.

Champlain became friendly with the Algonquin and Huron Indians living near Quebec. In 1609, this alliance worked together to defeat the Iroquois Indians who lived in what is now New York. It didn’t hurt that Champlain and his allies had muskets while the Iroquois knew nothing about firearms. In keeping with explorer tradition, Champlain granted gambling casino licenses to Indians friendly to him but denied licenses to enemy Indians.

Champlain went on to become the first European to reach a large body of water in Canada which, oddly enough, was named Lake Champlain.

He remained Quebec’s best friend for the remaining years of his life. After Quebec was taken by the English from the French, Champlain was taken prisoner, but when Quebec was returned to France, Samuel sailed back to Quebec for the last time in 1633 and rebuilt the fort he had originally built a quarter century earlier. This time, instead of a wood exterior, he used vinyl siding. The magazine Better Forts and Ramparts awarded him the New World Fort of the Year, and he was able to go to Disney World to celebrate with the members of his family. Explorer, builder, sailor, writer, friend of the Indians, hockey team owner—yes, Samuel Champlain had lived a full life. He died peacefully in 1635.